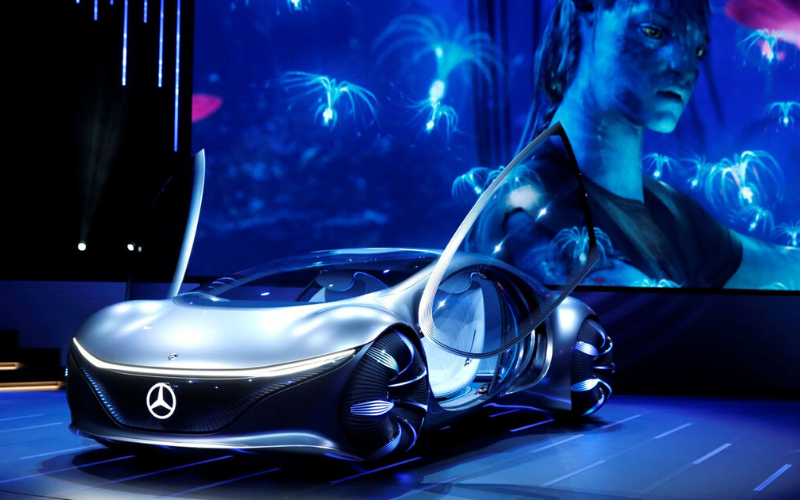 To start off the new year, Mercedes-Benz have impressed visitors of the Consumer Electronic Show in Las Vegas with a concept car like never before.

A host of car manufacturers at the Consumer Electronics Show (CES) in Las Vegas had taken to the stage to show off what they think the future of driving will look like.

Watch this film shot by Roadshow to see more of the futuristic AVTR:

Unsurprisingly, a unanimous decision between manufacturers was that the future is definitely electric. 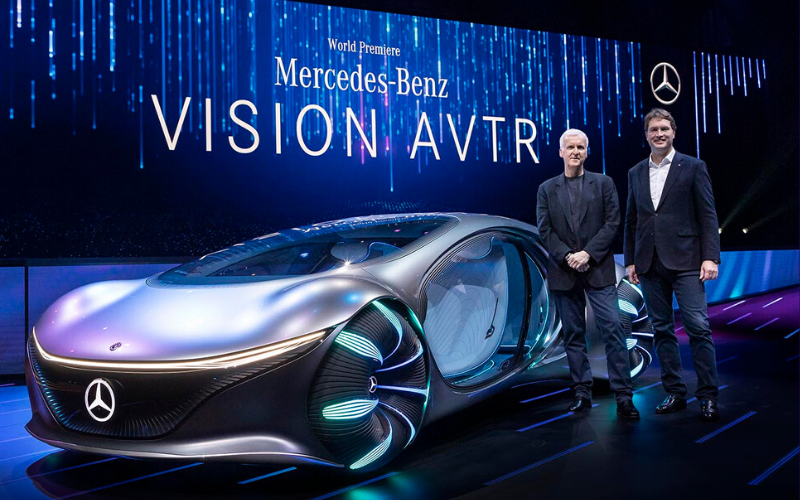 The car in question has been called AVTR and is covered in scales, 33 of them to be precise! Mercedes-Benz have dubbed these ‘bionic flaps’, to potentially hold aerodynamic and sensory purposes for the car - inspired largely by the concepts and creations within the upcoming Avatar 2 film.

Even the somewhat spherical wheels on the car were inspired by seeds from a special tree in the original Avatar film, and there is no steering wheel present because the car is completely autonomous!

For Mercedes-Benz the AVTR is simply a bit of fun, a concept vehicle rather than a consumer device that will hit the market any time soon.

The AVTR stands to represent many of the themes and ideas the Avatar franchise embodies – connecting nature (the road and wider world) with you (the driver). 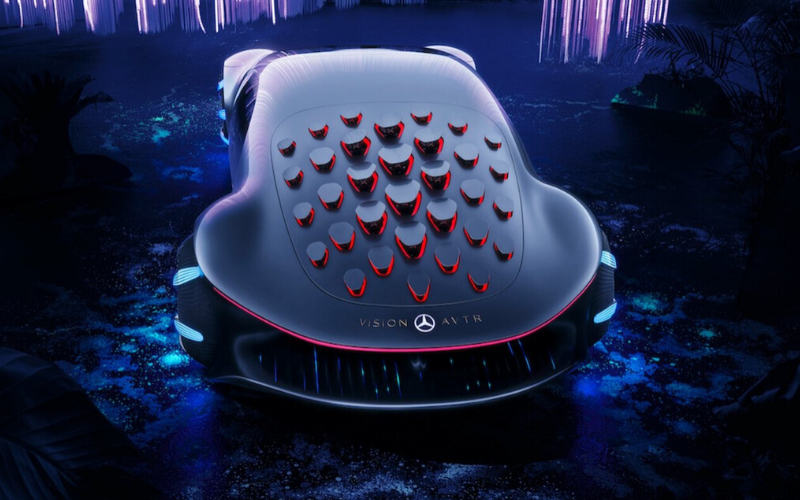 The Mercedes-Benz VISION AVTR is alleged to have:

The VISION AVTR concept vehicle uses a revolutionary battery technology developed with graphene-based organic cell chemistry that is completely free of rare earths and metals. The materials of the battery are compostable and therefore completely recyclable. In this way, electromobility becomes independent of fossil resources. In doing so, Mercedes-Benz underlines the high relevance of a future "circular economy" in the raw materials sector.

With the AVTR, Mercedes-Benz takes a look at the mobility of the distant future, combining sustainability with digitalisation, as well as people and machines with the environment. The concept vehicle describes a desirable future of mobility in which man, nature and technology are no longer contradictions, but are in harmony with each other.

A Fusion of interior and exterior

The holistic concept of the VISION AVTR combines the design disciplines interior, exterior and UX on an unprecedented scale. A design language inspired by nature characterises the appearance of the concept vehicle.

This is illustrated by the stretched, sporty ‘one-bow’ design, which merges with spherically pronounced wheelhouses. 33 multi-directionally movable flaps – the ‘bionic flaps’ – on the back of the vehicle enable a completely new interaction of the AVTR with its surroundings.

Digital neurons, which flow from the interior of the concept vehicle when connected to the vehicle, enable a novel communication with the environment.

The interior of the AVTR becomes an immersive experience space and conveys a completely new user experience.

A menu selection projected onto the palm of the hand allows the passenger to intuitively choose between different functionalities. For example, the driver can choose the option to explore the fictional film world Pandora from AVATAR from different perspectives.

Another highlight of the AVTR is its control unit. The multifunctional control element in the centre console allows the driver to intuitively control the vehicle by simply placing their hand – as long as they do not want to travel autonomously.

The new drive, in combination with the axis arrangement, not only allows movement forwards and backwards, but also diagonally.

In contrast to conventional vehicles, the AVTR can move sideways by about 30 degrees. The so-called ‘crab movement’ also gives the concept vehicle a reptile-like appearance and a high agility in its movement! 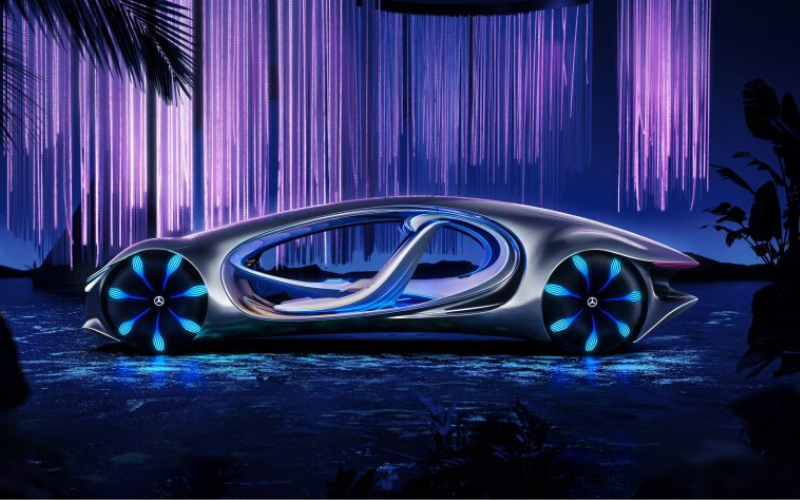 Although this concept will never reach the floors of our showrooms, the current state-of-the-art all-electric Mercedes-Benz EQC is available now.